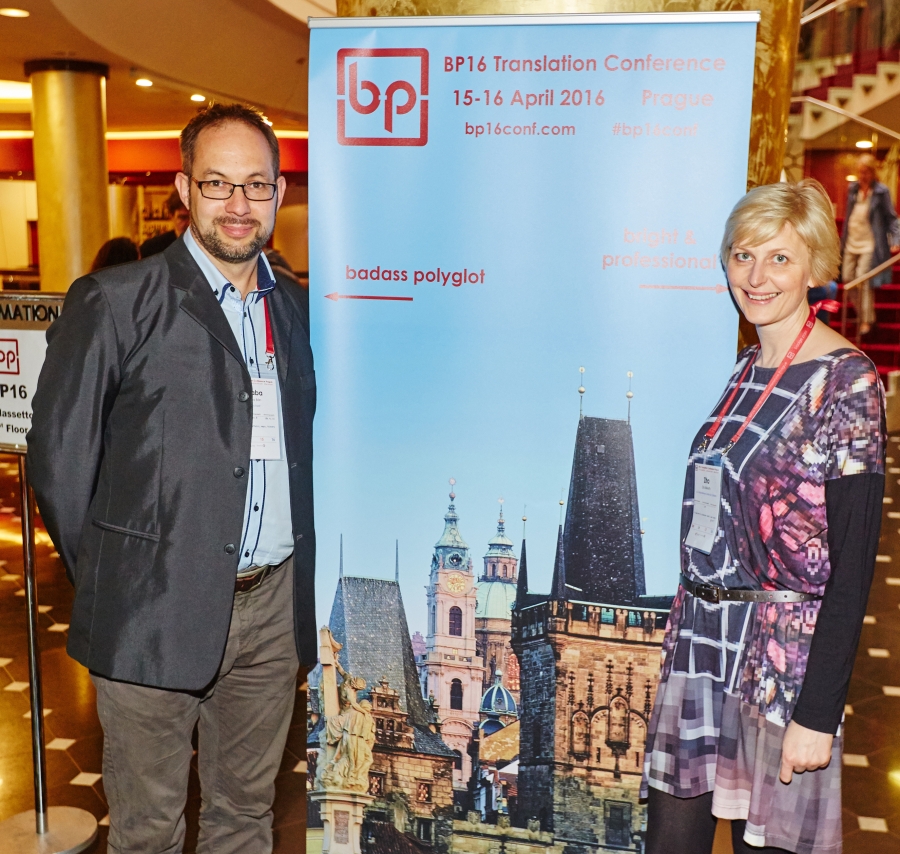 Everybody loves a good story, and we have one 🙂

Translators spend most of their time isolated behind their desks, so we need to go out and meet other members of their species from time to time.  One such isolated translator, Csaba Bán from Budapest, felt a calling to start organizing large-scale events to bring all these colleagues together.

When he finished off a large translation project of some 140k words back in 2013, he posted this feat on Facebook. Within a few minutes, some fellow translators started to remind him it’s finally time to organize another international conference – referring to a large event in 2007 that Csaba first organized under the auspices of Proz.com.

Being in an upbeat mood after delivering 140k words, he quickly called a hotel to secure a particular weekend 11 months in advance, he bought a domain name, and within half an hour after the original post, he announced BP14 Translation Conference, to be held in Budapest the following year.

At first, ‘BP’ stood for Budapest. A conference must have an easily recognizable name, and the usual abbreviation of Csaba’s hometown seemed an obvious choice. But well before BP14 even took place, Csaba had the idea of taking the event to other cities in the future – so he had to find a new meaning to BP.

Listening to some presentations at a translation conference in London in October 2013, the concept of ‘Business + Practice’ was born. This also set the direction the conference was set to take.

With some 150 attendees from 30 countries, BP14 was an immediate success. ‘Oh. My. God.’ / ‘You just raised the bar for translation conferences.’  / ‘So far I’ve only been to ATA conferences, but I enjoyed yours so much more.’ – These are quotes from some of the conference speakers.

As envisaged, BP15 was held outside Hungary: in Zagreb, Croatia, again with 150 attendees. We started to play with the ‘BP’ abbreviation. Soon it took on a whole range of meanings, such as ‘boosting productivity’ and ‘best presentations’.

Still in Zagreb, people started rumours that the next conference might be held in Prague – and a few weeks later Csaba announced BP16 to be held… in Prague.  This time with 180 attendees from 34 countries, BP16 was once again a tremendous success.

The first three BP translation conferences all followed the same pattern: starting on a Thursday with an ATA certification exam and a couple of workshops and sightseeing tours. We close the day with an informal welcome dinner where seasoned conference attendees mingle with newbies to set the scene for the two actual conference days that follow. Friday started with a plenary keynote session, followed by three parallel tracks for the rest of the day and the second day. A more formal (‘gala’) dinner closes the first conference day, while Saturday night we finish off the conference with a dinner/party that lasts after midnight.  Sunday is for day trips, to destinations such as Szentendre, the Plitvice lakes, or Kutná Horá. BP17 returns to Budapest, with a fresh new format.  The first conference day will take place in a cinema, with a series of short and inspiring talks to the entire audience, while the second day follows the familiar pattern in three parallel tracks in a conference hotel.

BP Translation Conferences are the largest independently organized events for translators in Europe.  We’re not affiliated with any national or international organization or association, nor with any CAT tool provider.

So far, the story of BP Translation Conferences has taken a full circle by coming back to Budapest. If all goes well, get yourselves ready for a BP18 as well 🙂